On my last trip to Sydney I tried to explore the beaches the city had to offer. I thought the best beach was Bronte. It was the Goldilocks beach. Bondi is too big. Tanarama is too small. Bronte is just right. So my goal for the morning was to go back and play in the surf.

Getting over there wasn't too bad. But I did accidentally get on a motorway for a bit. Then I got lost and ended up chasing down a couple of hills along the coast. By the time I got to the beach I was ready for a nice refreshing swim. 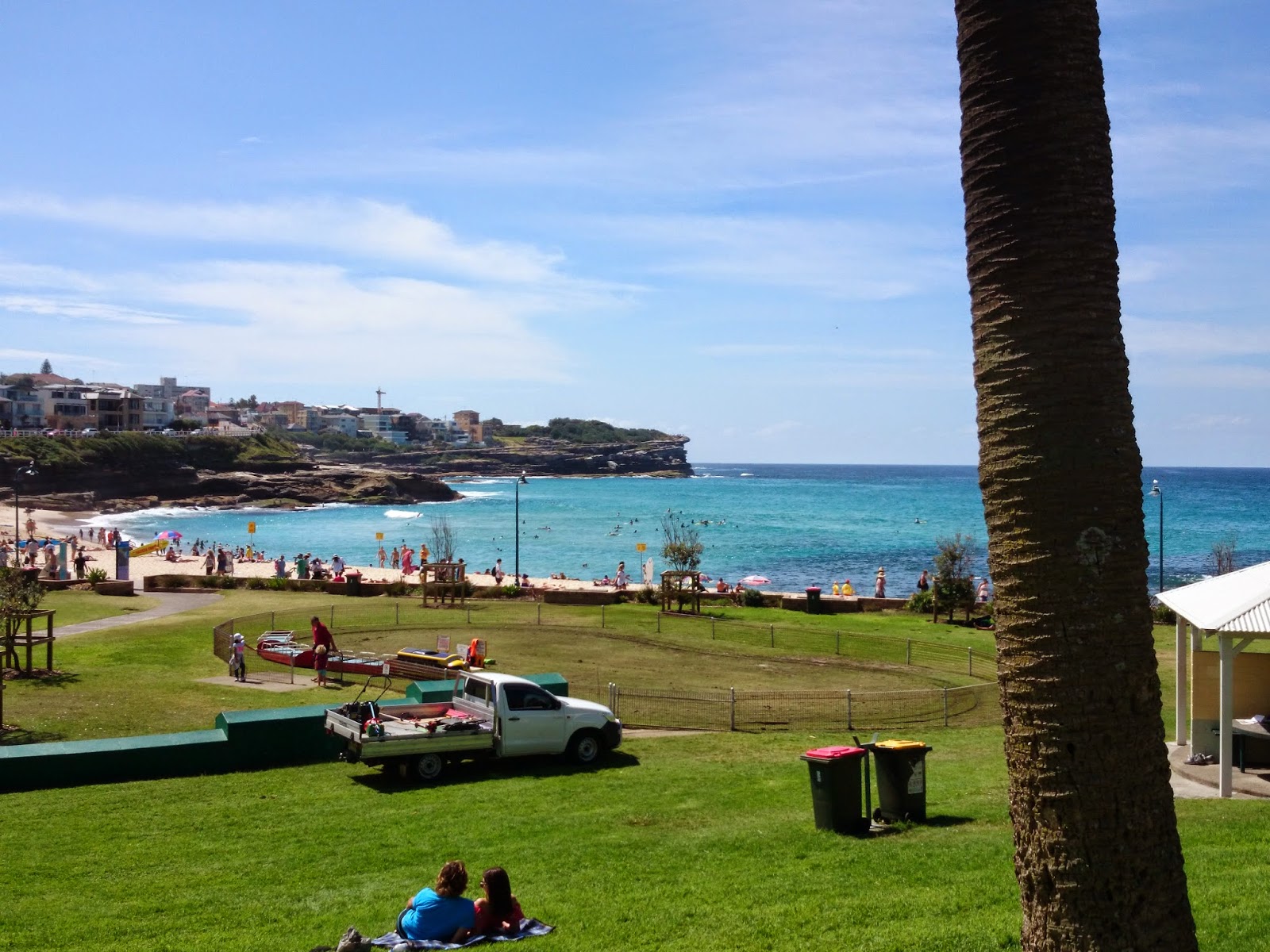 Bronte itself was just like I remembered it.
A small cove. A few hundred meters of sandy beach. A beautiful sky and cool, blue, pacific water. I did forget about the current though. I got in the water and shortly found myself drifting southward. Right. I forget oceans work differently from lakes sometimes.

From Bronte I rode over to Pyromont. I guess it used to be in the heart of the in industrial docks. Now all of that work has gone to Port Botany. So there is now a nice park there. Just like the day before there were only a few messengers there at the start, the rest dribbling in over the next couple of hours.


They did (eventually) bring a ramp and a bike to jump into the harbor. Yes, I gave it a go. It is quite exhilarating. We also played some cricket. I haven't done that since my time in London. This was much more low key though. We were just playing with a tennis ball. The wickets were just a cardboard box with empty beers bottles in them. I forgot how fun it is. I did pretty well too. I was able to bat a four and then a six before I got out on a wicked bounce. It was a blast. (Also, if you don't know how cricket works, I would be happy to explain what I know to you.)

We finished the night back at Joe's place watching Australia play New Zealand in the International Cricket Cup. Good times.