I knew this day was going to be shorter, but it wasn't easier. It still had all the hills from previous days. I still don't get how my legs were able to take days and days of hills a few years back. I would have thought will the hills I do in Seattle I would be used to it, but I guess not. 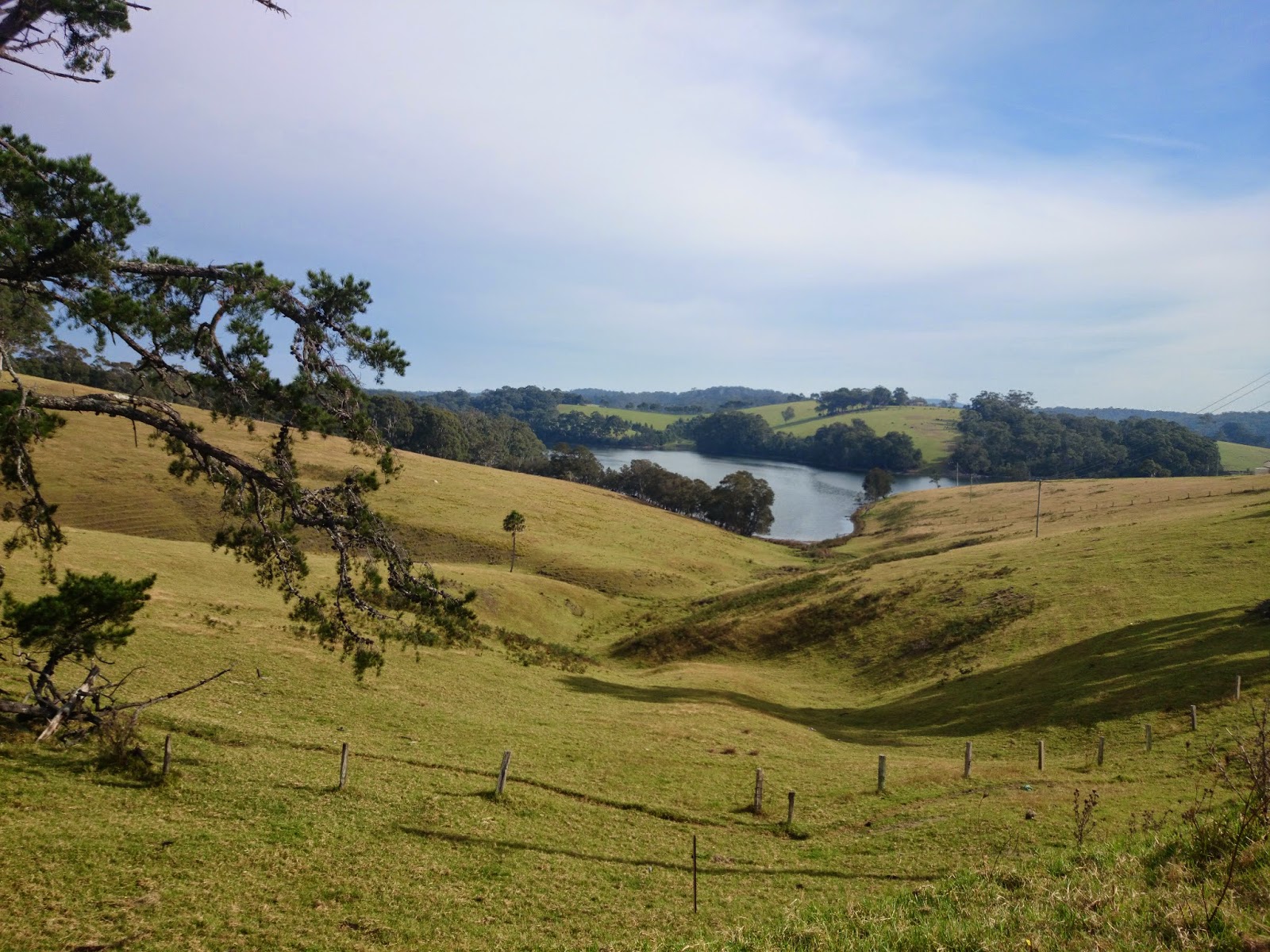 It was still a fun day. The landscape continued to be picturesque. Lots of rolling pasture lands. Sections of wooded hills. A few streams here and there.

Just after noon we attempted to climb up to this waterfall. It was only supposed to be about 12 kilometers off the highway. That didn't work out to well. The road soon became almost impassible. Only a few miles in it was down to a one lane dirt track almost too steep to ride. Plus I was on a bike with gears. About half the crew was on fixed gear bikes. That would mean walking up, and probably walking down as well. So we decided to turn around. (Except for Lucas Brunelle and Morgan.)

Instead we went into Bega. It was a nice little town. I was hoping it would have been nice enough to play more cricket, but the wind was up and it was threatening to rain all afternoon. People headed off to find a place to eat or get a beer.

We were still less than halfway to Melbourne though. The plan was always to get on a bus for the rest of the way. Smokin' Joe had hired one to take us down there. We had 60 people though, which was fine. There were enough seats. Trying to get 60 bikes loaded under the bus was a challenge though. We took the front wheels off. Then the back. In the end we had a pile of about 3 wheels still left over. One of the guys found a place to rent a van to take the wheels in.

In the end it was a long bus ride. The group arrived in Melbourne at a little past 5:00 AM. I had tried to get as much sleep on the bus as I could, but I was still tired and more than a little bit stiff. I got my bike together and wasn't sure what to do. Someone from the Melbourne District Messenger Association had arranged for a room at the hostel across the street. That was perfect for me. A small cadre of about 6 of us went over there and crashed.