The countryside continued to be rolling. My legs were getting tired on the long climbs. I was trying to remember doing this for days and days with a heavy bike. I don't know how I did it. It didn't help my muscles were still aching from the day before.

The one thing that helped was the landscape. It was gorgeous. It was the kind of Australian landscapes you see in the movies. Large green pastures with cattle or sheep. Little woods with green trees in them. It was a good distraction from my tired legs. 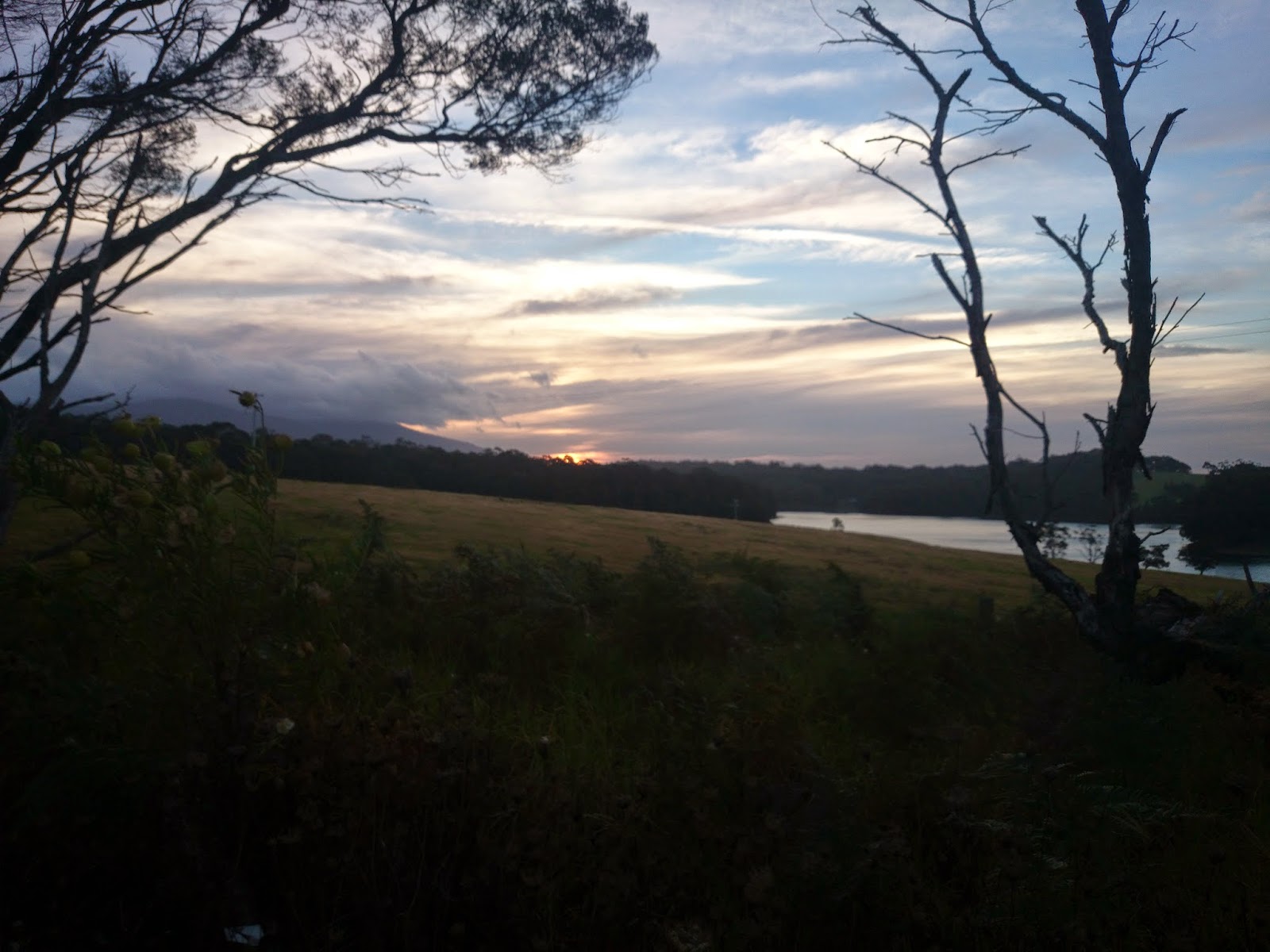 I spent most of the day just cruising on my own though. Having a good time. I was getting a little stressed out that it was taking so long, or that I was going slowly. But then I remembered that I had all the time in the world. I also found that closer to sunset things became much easier. I had forgotten my on advice. On my African tour I would take a nap between 2:00 and 4:00 in the afternoon. There wasn't much point to biking in the hottest part of the day. So as things cooled down I started going faster. It was also a beautiful time to ride. The sky was turning all the gorgeous shades of the rainbow.

I arrived at the camp site just as it was getting dark. I just wanted to take a shower, but I was convinced to go swimming. That was a much better decision. I have never been swimming in the ocean by moonlight.

Getting back to camp I got fed, which was the best thing ever. Then we watched Patty, Maxi, and Morgan get their hair chopped into interesting shapes. I don't think I have ever seen so many people excited about watching hair get cut. Those guys are rad. Thanks Maka for cutting hair.

Then back to the ocean. About 30 of us went to a different beach. Still spectacular and beautiful though. The group played in the surf under an almost full moon. What a fantastic night. There are so many place in the world that are so wonderful and amazing. Most of them you will never plan on going, but they are out their all the same. I love seeing where life will take you.

We ended the night sitting around the fire. Lady Sara was holding court and getting everyone to “pop their bonnet”. Legend.