Since this year Independence Day falls on a Friday, that give us in the states a three day weekend. The crew from Point 83 made a plan to ride out to Joeball Mountain. It was an short ride from the Bremerton ferry. Not necessarily an easy ride though.

The first thing to do was get to the ferry. I got off work at 5:00 PM and rode as fast as I could down to Colman Dock. When I arrived I was greeted by about 40 or 50 members of the club. I guess everyone wanted to get a good start to the weekend. That didn't take long. As soon as we boarded the ferry we hit the top deck. It was a nice day and we could sit in the sun and smell the ocean air.

The ride from the ferry didn't get off to a fast start though. There were a few mechanical problems getting out of downtown Bremerton. One involving a keg of beer falling off the back of a bike... Outside of town most of the ride was up hill. Remember, this is a camping trip to Joeball Mountain. Plus for a number of people this was their first bike camping trip. There wasn't anything really to complain about. I was riding my bike with good friends on a sunny evening.

The last three miles to camp were dirt, and steep. I was riding in the back making sure that everyone made it to camp. I got to watch the sun set over the mountains. Beautiful, but it was dark by the time the last crew rolled into camp.

We made a fire and had some food. Someone even brought up a bunch of stuff for s'mores. The evening wasn't cold, but we crowded 'round the fire to join in the merriment.

The next morning I got up and rode back to the ferry. It was a gorgeous day to be out on two wheels. Happy 4th everyone. 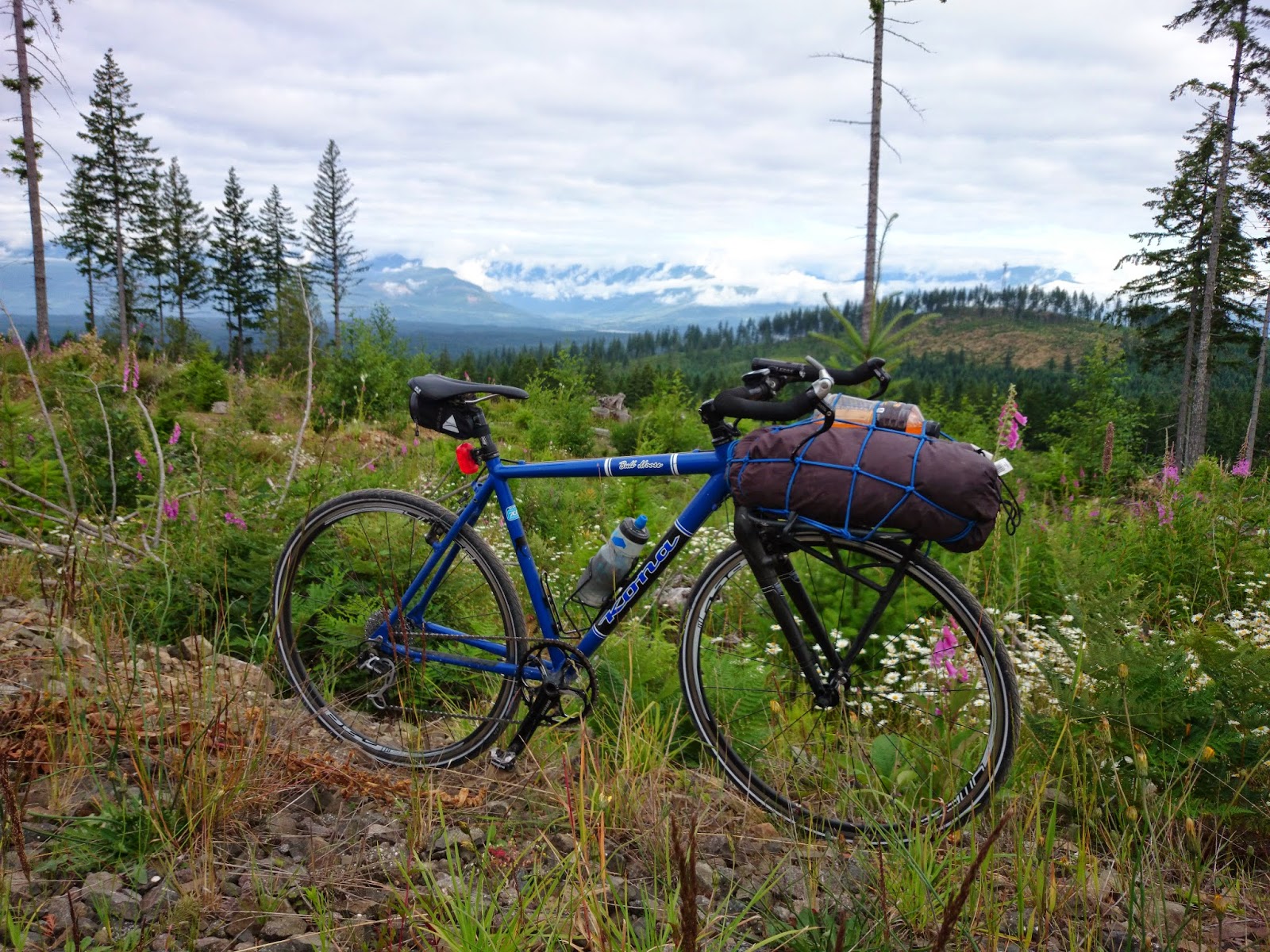 Posted by Dravis Bixel at 5:40 PM No comments: