Well, it is another week and I have been doing more crazy stuff on bikes. This time it was a race! In the rain...

The race in question was Professor Dave's 327 Words 57 Varieties Time Trial. I went to Dave's race last year and had a great time. This year was no different. It even started at the same place, 20/20 cycles.

It was a group start. Dave was letting groups of about 8 or 10 go every five minutes. I was in the last group, which was fine by me. I even took the lead in my group pretty much right away. From there it was up to water tower at Volunteer Park. Then it was up to the top of the water tower. I am glad the steep metal stairs came at the beginning of the race. One of the rules Dave has is "don't die". If anyone dies, there won't be any prizes.

The next a stop at Dick's on Broadway for fries. But since I was in the last group, they were out of fries. I guess they didn't expect such a rush. So I lost a couple of minute waiting for a new batch of fries. When the fries arrived, I crammed half the bag of fries into my face and took off. I was racing down Broadway trailing fries as I went.

Raced up to Beacon hill. Stopped at Jefferson park. Down to Graham. Then up Graham. Several racers were pushing their bikes up the hill there. Then down Graham again. Even though the ground was wet, I felt very in control going down the steep street. Until the last ten feet that is. Coming to a stop at the bottom my back tire started going sideways. I was able to ride it out though and didn't fall. Behind me one of the other guys did just about the same thing and came sliding through the intersection.

Then it was north to Leshi. Up the hill to Dave's house. Back down to Madrona Park. Then back up to Madrona town center. It isn't a Seattle race unless you do hills, right?

All in all I was pretty happy with my time. I got checked in and hung out with everyone. The after-party is half the fun of these races.

After everyone checked in and Dave checked the times, it turns out that I came in second place! Torrey was in first place again. So that is the second race this year I have come in second to Torrey. Still, a second place finish is really good. I am quite proud of that. Plus I won a hat! 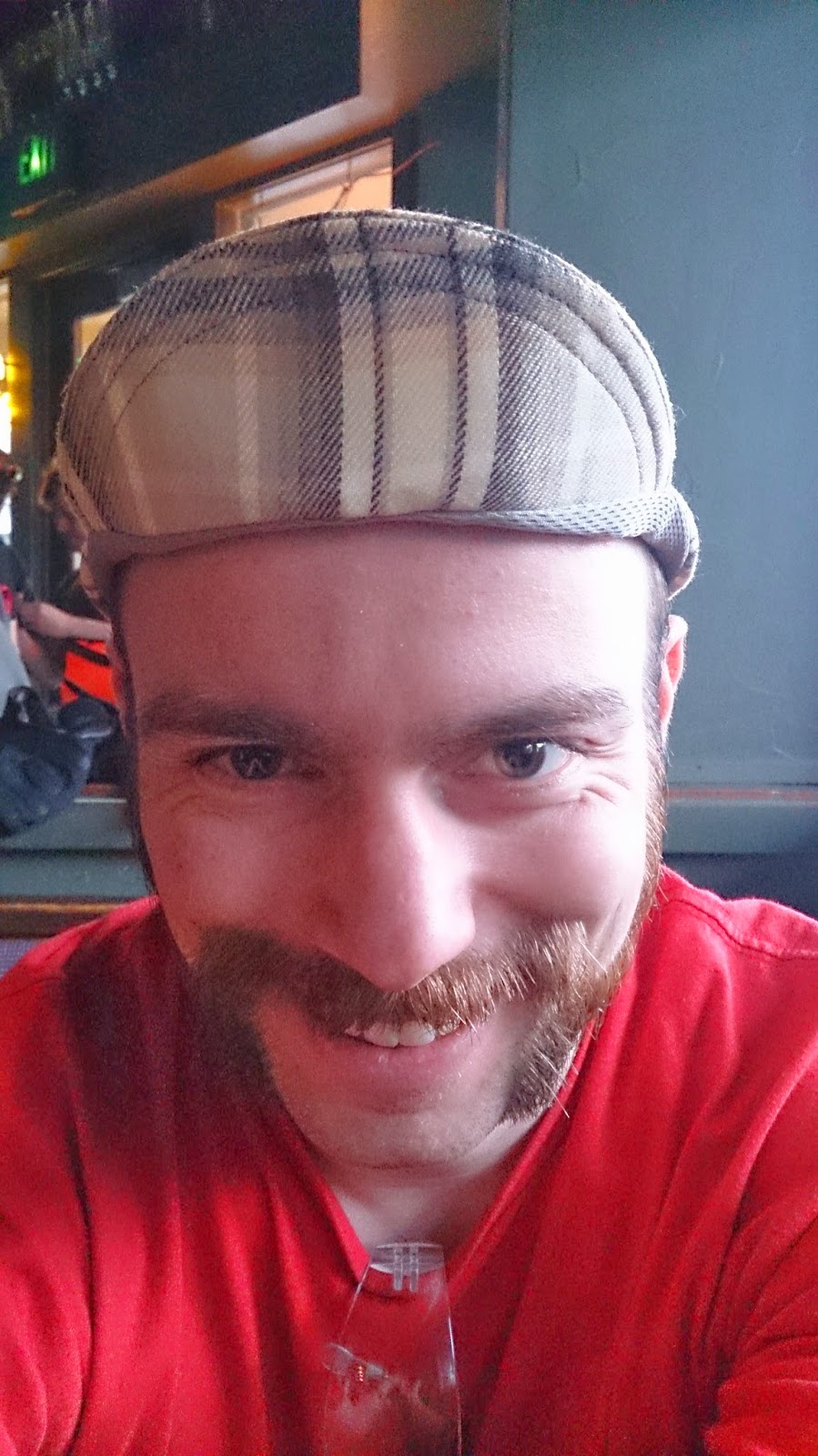