Yes, the annual pirate race was last weekend. This year was fantastic. 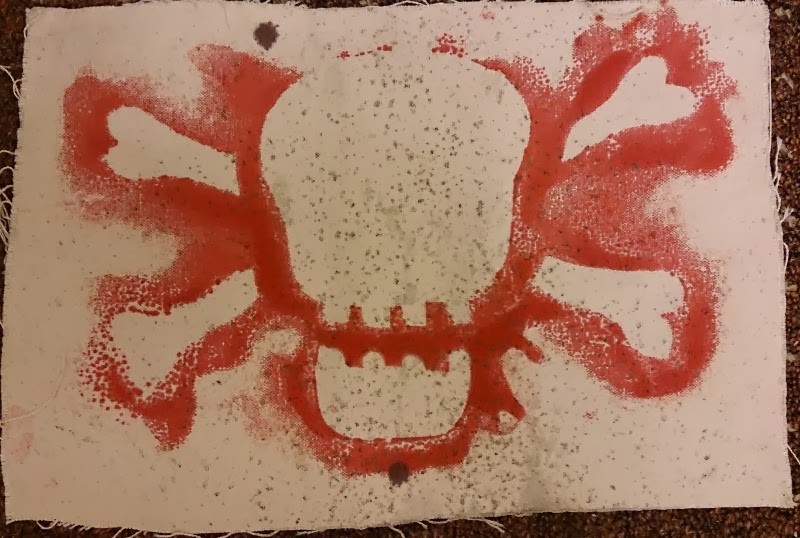 I was checking the weather reports the night before. I was told it would rain all morning. It was raining just a bit as the ferry was docking, but it only misted during the race. This year was a bit different. There was a different end-point. We also had a mass start from the ferry. So as soon as the ferry crew let us go, the group was off and racing.

I started out in front as we raced off the ferry dock. I was a bit worried someone would sprint past me during that first hill. Then I was a bit concerned about missing the turns. But I found the way. By the first stop sign I was with a group of about 5 other .83 riders. I was still leading the pack though. That is until...

...my chain fell off. That first steep descent on Bainbridge gets me every year. Out of the 4 years I have done the FHR I don't think I have every kept my chain on in that hill. Oh well. I could see the pirate flags ahead of me and I knew I had to catch up.

For most of the course I was cranking with as much energy as I could stand. I passed Stephen and then Rob. After racing up Baker Hill I passed by Kevin on the back side. I was in third place at that point. I didn't think i could catch up to Daniel and Torrey in the lead. Then rounding the corner I saw Daniel (who won the FHR 2013) on the side of the road. He was pulling out his tube to fix a flat. I asked if he was okay. With a bit of chagrin he said he was. I didn't stop.

The last five miles flew by. I was feeling great. My energy level was high. I never did catch up with Torrey. I found him at the finish. I had come in second place!

After that it was some chili and a chance to hang out. The clouds finally broke open and it started to rain. Prizes were given out. The whole time was a bunch of fun. A great way to begin the year.
Posted by Dravis Bixel at 6:43 PM